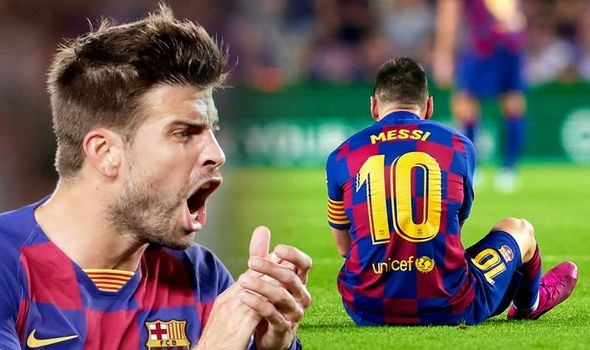 A skinny kid from Argentina who bust into the scene in 2005 has managed to break and set records like it’s second nature to him. Needless to say, Barcelona has enjoyed as a result of the Argentine magician’s effect. So much so that a lot of pundits believe for much of Messi’s stay at Camp Nou, they never really needed a coach.

Coach or no coach they have stood out for more than a decade with only Pep Guardiola seeming to make the difference. But what did he do actually? Well, he basically told his team to build their play around Lionel Messi. Thirty bucks says even your grandma could figure that out.

In any case, the sun still sets even in paradise.

Add to the fact that Real Madrid have already started adjusting to life without a superstar when they sold Ronaldo and it not hard to logically conclude that by the time Barca start their own similar journey, Los Blancos would be done with theirs and hopefully dominating La Liga once again leaving their Catalan rivals to play catch up.

They sure cant wait to have another legend walk among them.